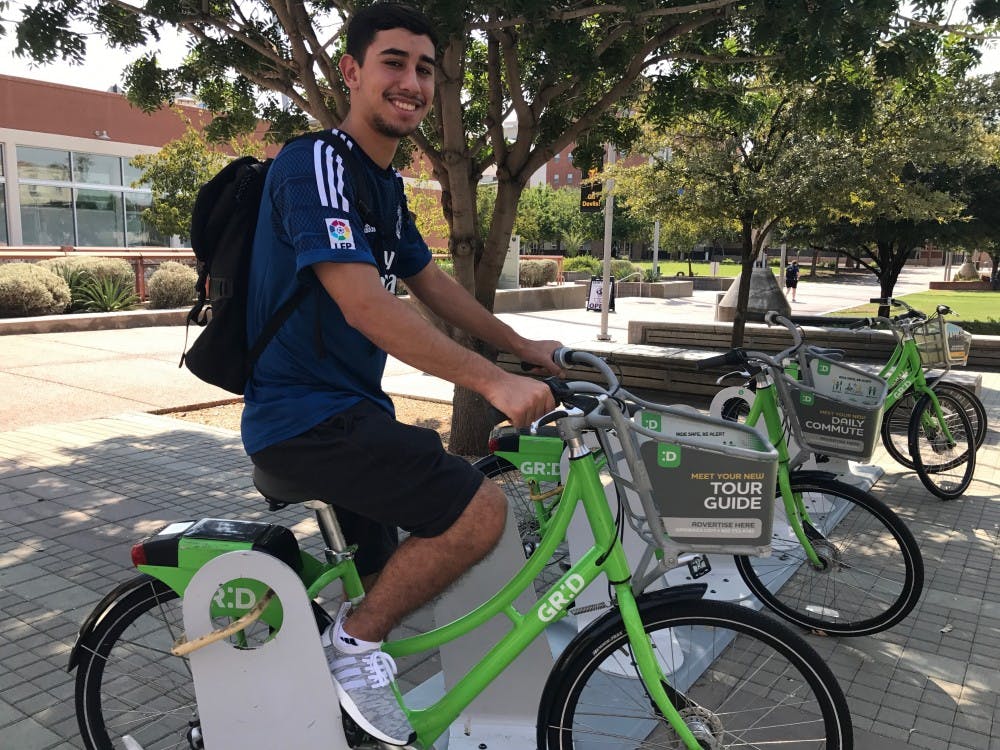 The City of Tempe will soon search for a new contractor to operate the GRID Bike Share service after outdated software, and ASU funding cuts forced the city to reevaluate the program.

The Tempe City Council directed city staff on Oct. 1 to start the search process for a new contractor. GRID’s current contractor, CycleHop, has had trouble keeping the bikes’ software updated and the fleet operational, according to a memo prepared by transportation staff and given to the city council.

The decision to change contractors could result in the program temporarily coming to a halt next September.

According to Tempe Public Information Officer TaiAnna Yee, what ultimately spurred the need for council action was the loss of funding previously provided by ASU.

The bike share program is used most on ASU’s Tempe campus and throughout the surrounding downtown Tempe area, according to data presented at the council meeting. Due to this demand, when the program first launched, ASU agreed to pay half of CycleHop’s annual $100,000 fee, according to Yee.

ASU notified the city in June that it was not interested in renewing this agreement, the memo said. When asked about the decision, an ASU spokesperson said, “Because of the current situation with the bike provider, the program is just not viable,” but did not comment further.

The loss of funding came when the city could not afford to take on an additional $50,000 commitment to the program, according to Tempe Mayor Corey Woods.

Woods said he believes the only appropriate option is to begin the search for a new contractor.

Tempe began working with CycleHop when it added the GRID bike share program in 2017, joining Mesa and Phoenix in offering the regional bike share service. The bikes are parked in hubs, and riders pay to remove a bike and ride it to a different hub.

While Tempe owns 300 bikes and 32 bike stations, CycleHop has been responsible for operating the system. The company makes sure the bikes are in working order and ensures the bikes are evenly spread throughout the city, Yee said.

When the bikes were purchased in 2017, CycleHop outfitted them with software from a subcontractor, Social Bicycles. According to the memo, CycleHop said in early 2019 that the bikes were not receiving software updates.

Zach Woolley, a freshman studying sports journalism, frequently uses the GRID bikes and said that the outdated software and hardware often have a negative effect on his experience. He said the touchscreens on the bikes are often unresponsive and require him to input information multiple times.

“You get to the point where if you’re in the daytime and you’re trying to rent a bike, you can’t even see (the touchscreen) when putting your PIN number in,” Woolley said. “It becomes very hard, it becomes a very long, drawn-out process when it really shouldn’t be that hard to rent a bike.”

I miss the days when Bird scooters were an infestation in Tempe.

In an attempt to fix the software problems, CycleHop and Tempe agreed to a solution in October 2019 that would have updated the software and made the fleet operational, but the plan was never carried out, Yee said.

The increase in competition has taken a toll on the GRID bike share program.

The outdated software and increase in similar modes of transportation have resulted in an overall decrease in ridership. The total number of bike share trips taken in Tempe dropped to 1,644 in 2019 after reaching a peak of roughly 4,000 trips the year prior, according to the memo.

Woolley said he’s not surprised that electric scooters have impacted GRID’s business. He said the only thing keeping him from switching over is the $25 GRID student pass he bought at the beginning of the school year.

“Should the bikes go away, I’ll be fine with it because if I know I need to get somewhere, I have other modes of transportation in the scooters and possibly even just buying my own bike,” Woolley said.

As the city moves forward with looking for another contractor, it will need to go through a process of searching for bids, reviewing them and getting their final pick approved by the city council, Yee said.

It can be a lengthy process and could result in the program temporarily coming to a halt when the current contract ends in September of 2021, Woods said.

Even with the stoppage, this is the option that makes the most sense to Woods.

“Things would lapse, and the program would stop for the time being, but from my perspective, it’s the most fiscally responsible thing to do,” Woods said.