Tasmania’s coronavirus recovery is set for a boost with the resumption of international flights with New Zealand for the first time in more than two decades.

Plans for 130 direct flights next year were unveiled by Prime Minister Scott Morrison on Saturday.

The first flight is likely to touch down in late January, with three flights a week expected for most of the year bar winter.

‘This is a unique opportunity to travel between two extraordinary island destinations and a terrific boost for local jobs.’ 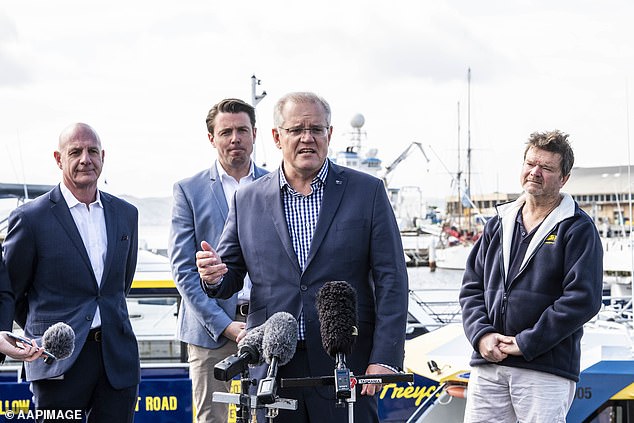 Discussions were well advanced with a carrier, Mr Gutwein added, with the state government to help underwrite the Hobart-Auckland link.

Almost $50million in federal funds will go towards setting up border force, federal police and biosecurity officers at Hobart Airport.

The state government is contributing $10million for upgrades to airport infrastructure as part of a $17.5million investment with the facility’s owners.

‘The arrangement we have is for New Zealanders to be able to come and spend their money here,’ Prime Minister Scott Morrison said.

‘Kiwis who come to Tasmania will certainly get the good end of the stick when it comes to the wonderful experience they’ll have here.’

After reopening to NSW on Friday, Tasmania’s borders are now open to all jurisdictions bar Victoria.

The island state had been closed off to the rest of Australia since late March. 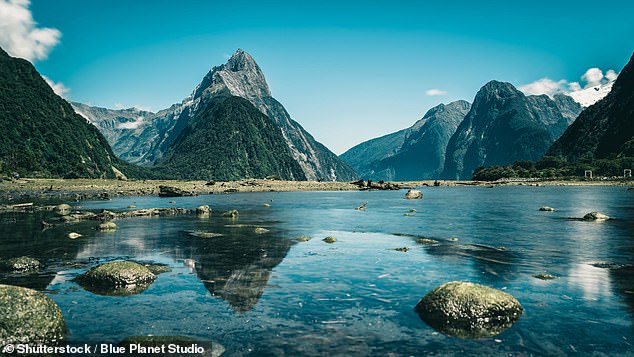 Tasmanians will soon be able to fly direct to New Zealand and visit its stunning sites, including Milford Sound (pictured)