For a last blast of sunshine this year, Cyprus is just the ticket.

With temperatures hovering around 25C in October, and often above 20C in November, it’s perfect for autumnal trips to vineyards and olive-oil groves, to enjoy a little hill walking or golf, or for just relaxing on the terrace of a village taverna. Here are some of the best spots this beautiful Mediterranean island has to offer.

Get the best of both worlds on this twin-centre walking holiday, which allows you to explore both coastal paths and mountain trails. Start by checking in to an apart-hotel in Neo Chorio, near the azure waters of Chrysochou Bay where the Greek goddess of love, Aphrodite, was said to have bathed after her trysts. 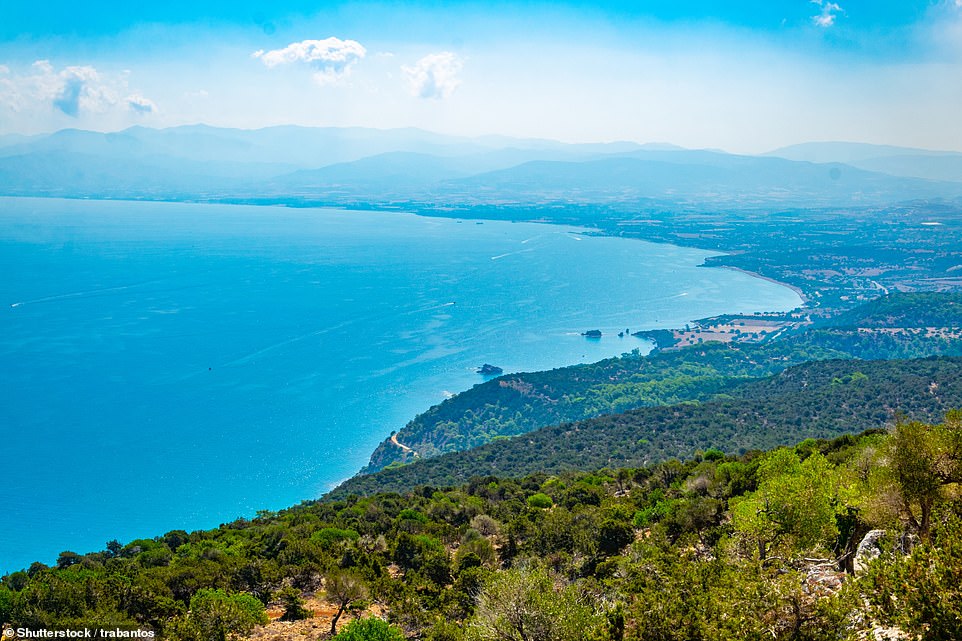 Check in to an apart-hotel in Neo Chorio, near the azure waters of Chrysochou Bay (pictured) 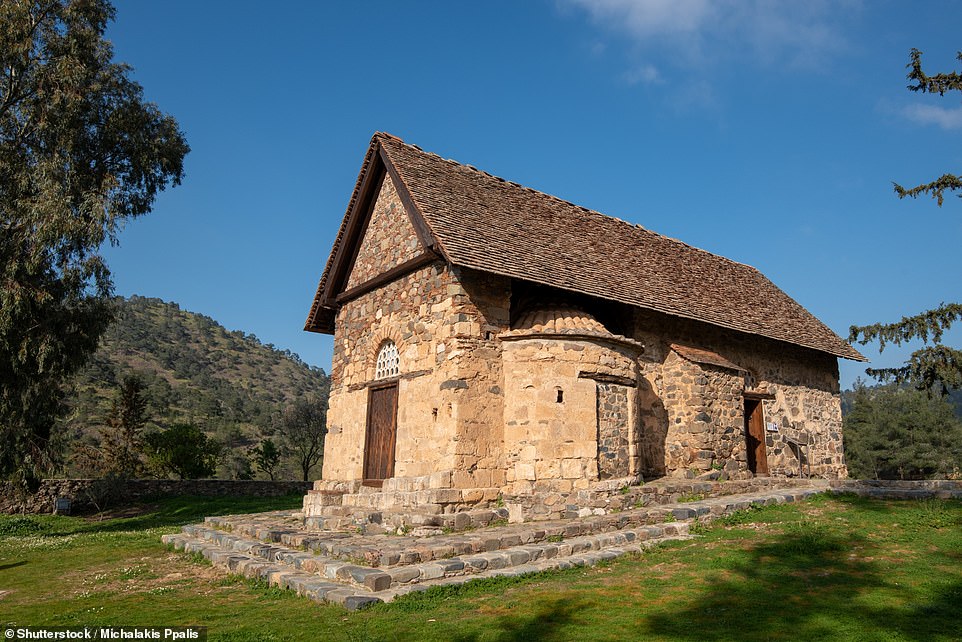 Take a walk to the 12th Century stone church of Panagia Asinou, a Unesco World Heritage Site where there are Byzantine wall paintings

After exploring the Akamas Peninsula, move to a hotel on a working farm in the Troodos Mountains, where you can take the Atalante Trail around Mount Olympus as well as a walk leading to the 12th Century stone church of Panagia Asinou, a Unesco World Heritage Site where there are Byzantine wall paintings.

Car hire is included in the price so you can take your pick of the self-guided daily hikes, which range from five to eight miles (nine to 14km), with plenty of hamlets and inviting tavernas en route.

Book: A week’s B&B with one dinner, route notes, maps and car costs from £695pp. This does not include the costs of flights to Paphos or Larnaca. The holiday runs until November 23 (inntravel.co.uk).

The boutique Almyra hotel in Paphos is lovely, with cool, contemporary interiors, rooftop lounge areas and spa, a smattering of freshwater pools and a kids’ club. You could easily fly and flop in the sunshine there without doing a thing. But that would be a shame, as the hotel has put together some interesting excursions, from wine tastings to helping with the olive-oil harvest. 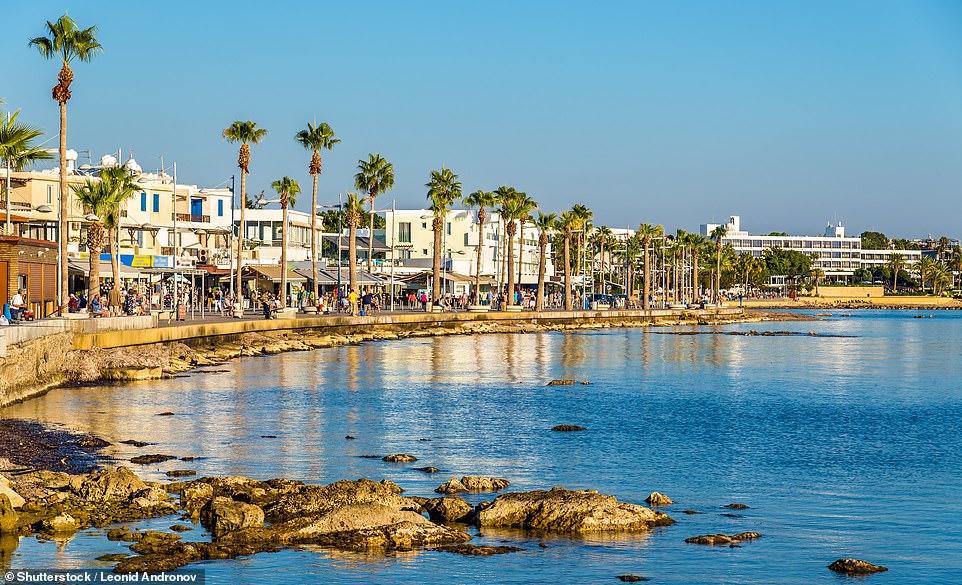 In Paphos, pictured, you’ll find the boutique Almyra hotel, which has contemporary interiors, rooftop lounge areas and a spa

Join the hotel sommelier on a four-hour vineyard tour to discover indigenous white varieties such as xynisteri and morokanella, and high-altitude reds, including the aromatic maratheftiko. Or help out with the harvest, picking and pressing olives into oil, gathering grapes and figs, and enjoying a cookery class with pomegranates. Other activities include art masterclasses.

If the kids want to brush up on their ball skills, it doesn’t get much better than learning from the former England and Liverpool striker Michael Owen during half-term at Parklane Resort, Limassol. 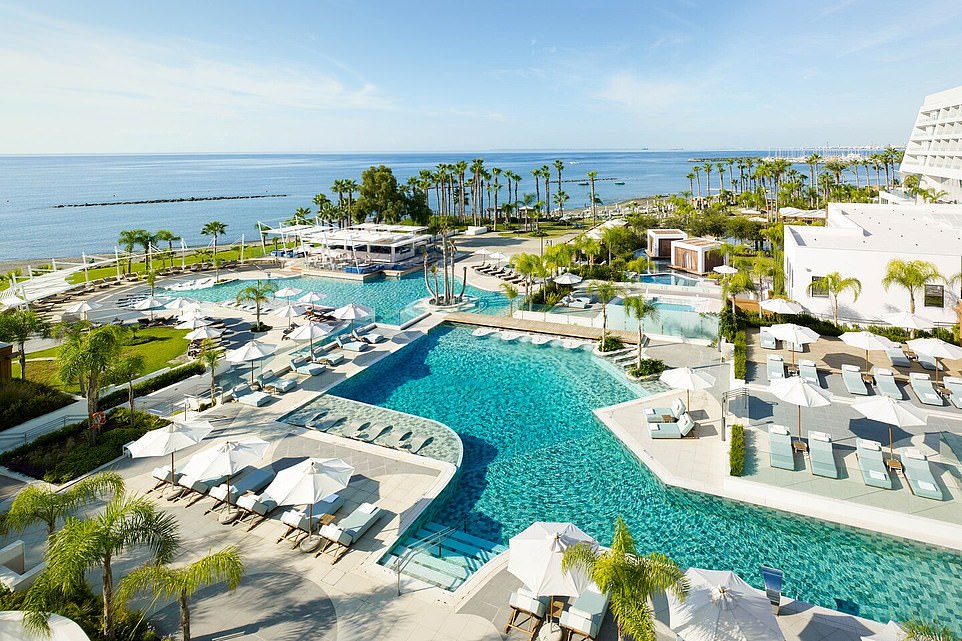 Set on a sandy beach, the hotel has plenty to keep grown-ups occupied while the youngsters practise their dribbling, with a spa, an adults’ pool and five restaurants. Owen will join UEFA-qualified coaches to run a football camp for two hours each weekday, for children of all abilities aged from five to 15. They will receive full football kit and, when it’s completed, a medal and signed certificate. The hotel also has a kids’ club.

Book: A week’s B&B for a family of three, including flights, transfers, UK lounge access and football camp for one child, costs from £3,675, arriving October 24 (elegantresorts.co.uk).

Enjoy a slice of authentic Cyprus in the Troodos Mountains. Upmarket hotel Casale Panayiotis has 41 rooms in traditional stone-walled houses decorated with colourful textiles around the village of Kalopanayiotis. Villagers teach guests how to make halloumi, weave baskets or keep bees. 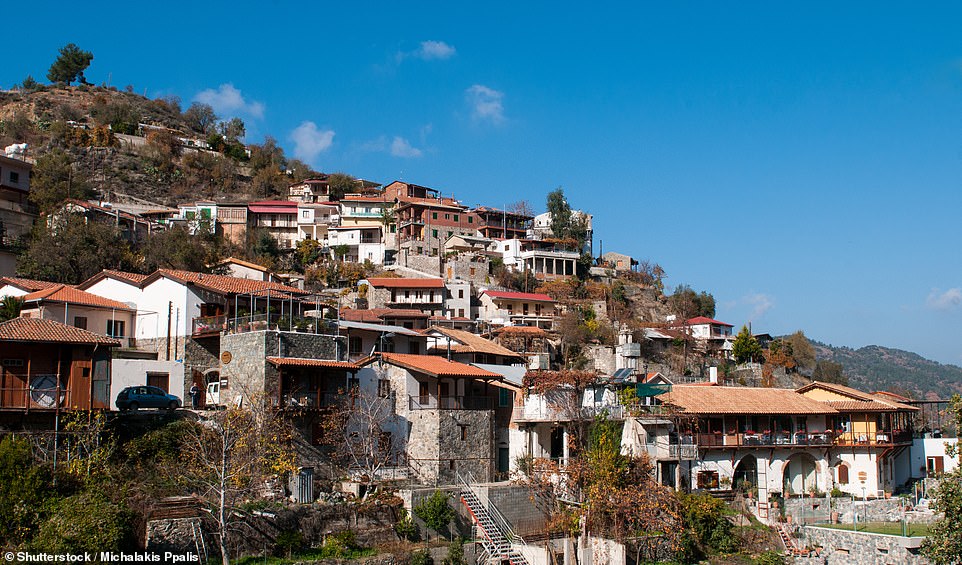 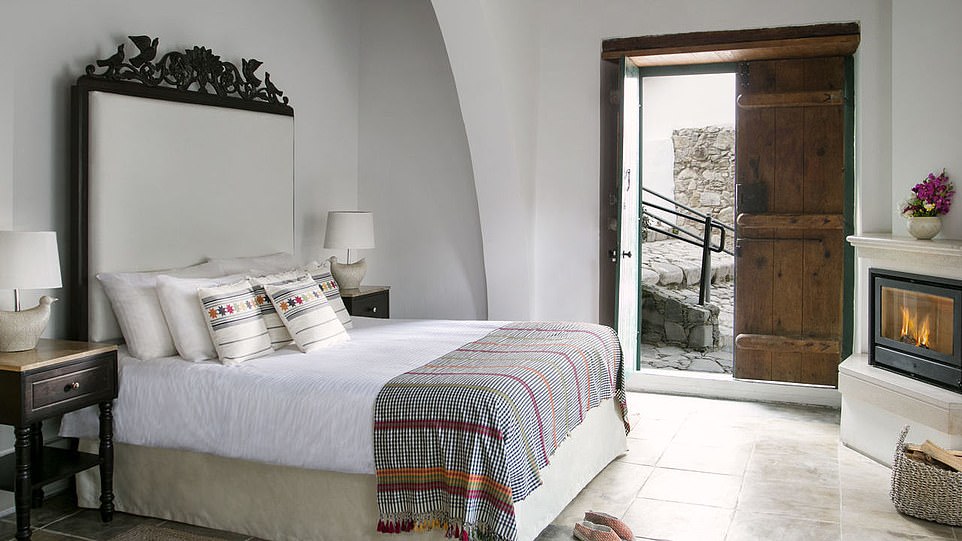 One of the 41 chic bedrooms at the Casale Panayiotis hotel. Villagers teach guests how to make halloumi, weave baskets and keep bees

For the more active there is rock climbing and quad biking. Hiking and biking trails take in painted Byzantine churches and, if you’re lucky, the rare mouflon – a cross between a goat and a sheep. Back in the village, you can try wine tasting or just relax in the indulgent spa, with thermal cabins, rasul mud treatments and a hydrotherapy pool.

Book: A week’s B&B costs from £735pp including flights and car hire (sunvil.co.uk).

Among the wrecks off the Cypriot coast is the Zenobia, a Swedish car ferry that sank in 1980 with more than 100 trucks on board and which is rated among the top ten scuba-diving sites in the world. 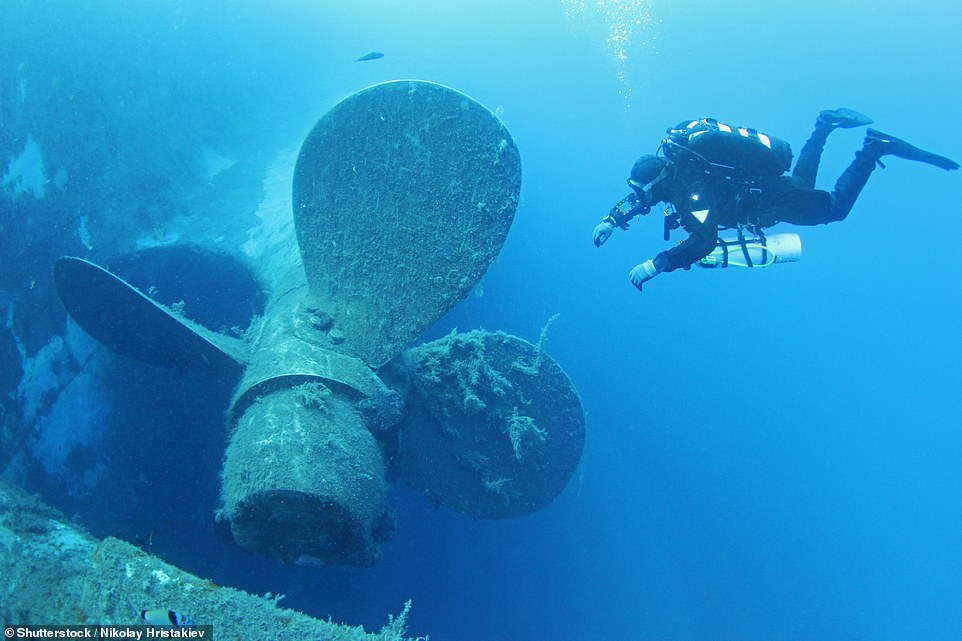 The Zenobia (pictured), a Swedish car ferry that sank in 1980. It’s rated among the top ten scuba-diving sites in the world 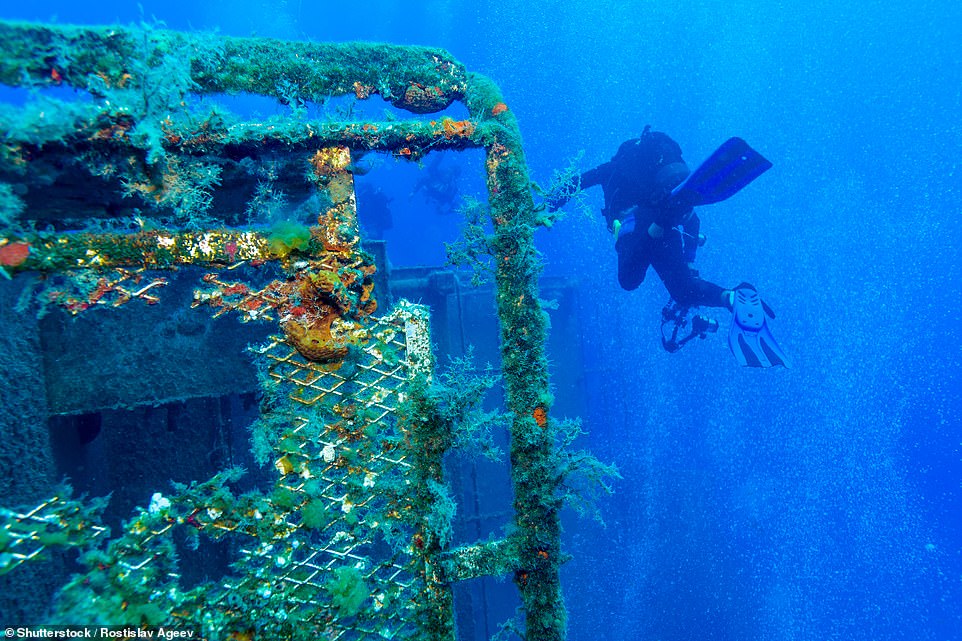 The Zenobia sunk with more than 100 trucks on board. Cyprus has one of the longest dive seasons in the Mediterranean

Other dive sites include a copper-hulled wreck off the Akrotiri peninsula and the Amphorae Caves, which are encrusted with ancient clay storage jars.

Cyprus has one of the longest dive seasons in the Mediterranean, thanks to its clear waters, and scuba specialist Padi Travel has several options on offer this autumn for budget and luxury accommodation. You will need a wreck diver certification to see the deeper boats, but courses can be taken at the Padi centres on the island. Classes for beginners are also available.

Book: A week at Alpha Divers apartments in Larnaca, room only, is from £591pp, including 12 dives. A week’s B&B at the Four Seasons in Limassol, with 12 dives, is from £1,260pp. Flights cost extra (travel.padi.com).

For a social but socially-distanced group holiday for single travellers, Friendship Travel organises small-group stays at the four-star Aquamare Beach Hotel in Paphos. 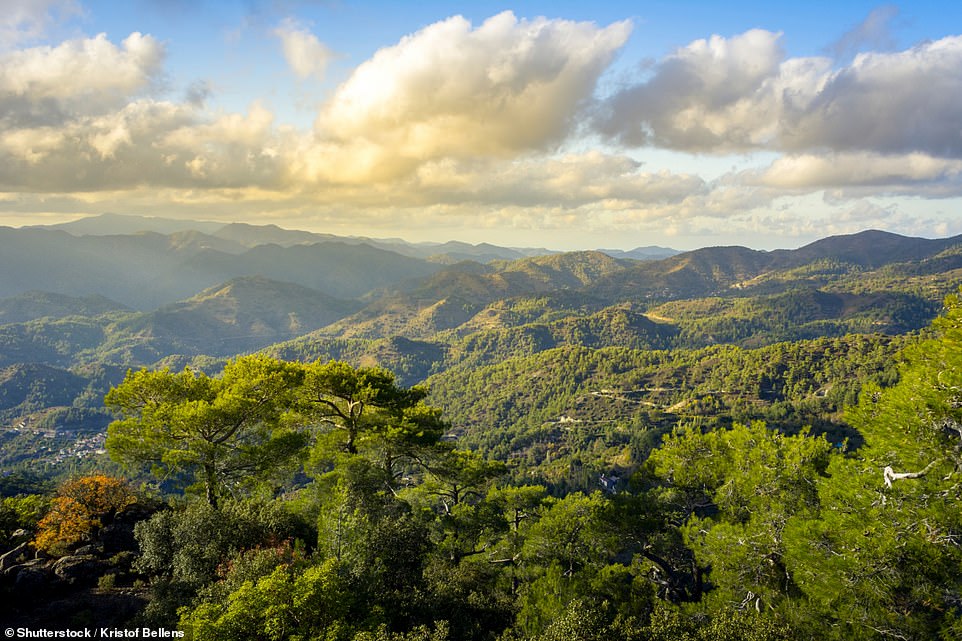 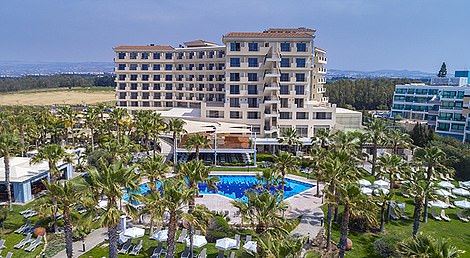 The group travels and eats together – four dinners with wine are included during the week, as well as breakfast – but social distancing is respected at meal times, and a larger bus than normal is used for transfers.

Although activities and excursions aren’t included in the cost, they are arranged as optional extras by the host, who flies out with the group from the UK.

As well as tennis, golf and bowls, there are trips into the Troodos Mountains and to fishing villages on the coast.

Book: Seven nights’ B&B, with four dinners, leaving Stansted on October 31, costs from £680. An 11-day trip is available, with other departures on December 19 and December 26 (friendshiptravel.com).

In the hills between Paphos and Polis, the tiny village of Miliou provides a perfectly serene setting for a yoga retreat. 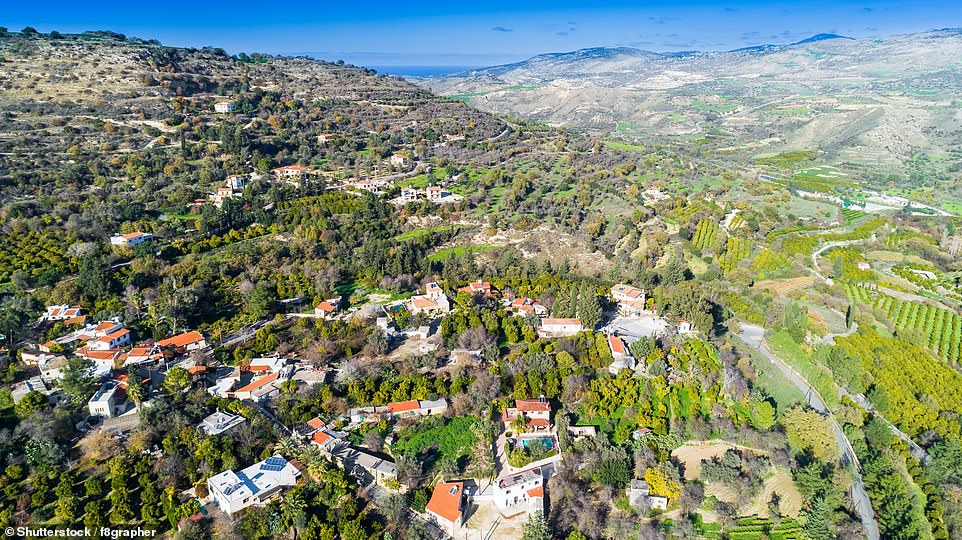 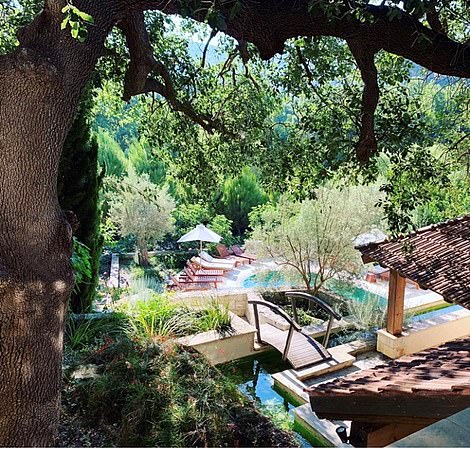 Ayii Anargyri Natural Healing Spa Resort dates from the 17th Century, and the St Anastasia Sulphur Spring forms the basis of many of its modern treatments.

Enjoy daily yoga classes in small groups or private lessons, and pick from an extensive list of therapies for detox or relaxation, such as a sulphur soak or sulphur mud cocoon – both particularly recommended for people with rheumatism and arthritis. The stone-built hotel has an outdoor pool as well as a hydrotherapy one, and a range of other activities can also be arranged.

Long-term villa stays in Cyprus, where late-summer sun extends into November and winter temperatures are about 16C, cost from £1,500 a month for up to ten people. Cyprus Villa Retreats has some 50 rentals on its books, though they are being snapped up by people who have taken to working from home but prefer to do it somewhere sunny. Modern, open-plan Villa Christina in Peyia, for example, has views over the mountains and the coast and comes with four bedrooms, a pool, table tennis and optional hot tub. Or Villa Atlantica has panoramic sea views from its terrace cut into the mountains, as well as from some of its five bedrooms.

This year, spectators aren’t allowed at the Cyprus Open (October 29 to November 1) or the Cyprus Classic (November 5-8), both being held on the scenic course at the Aphrodite Hills Resort near Paphos. 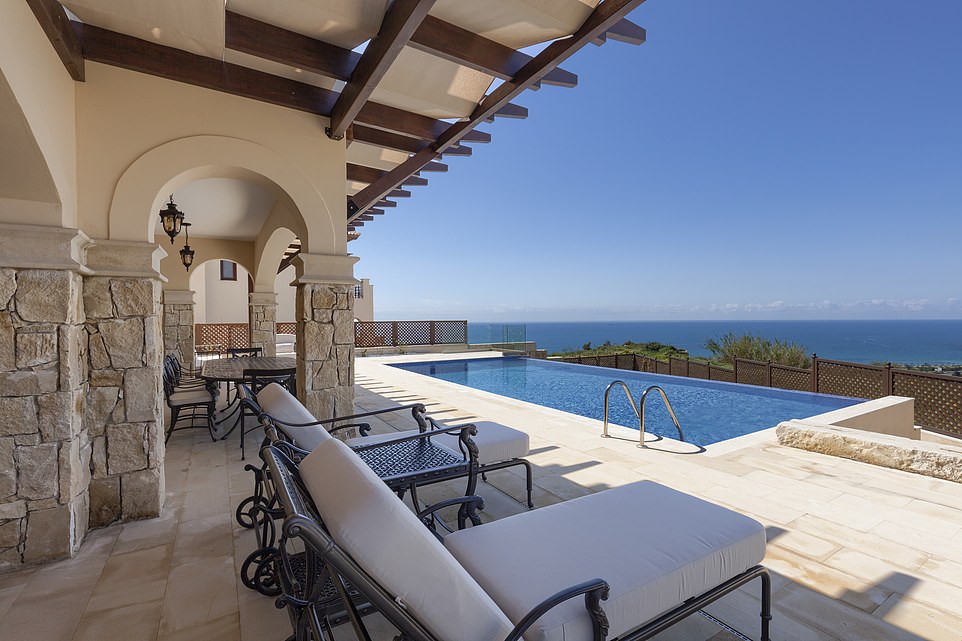 The Aphrodite Hills Resort, where a three-bedroom villa with pool costs from about £356 a night

However, a large number of villas on the sprawling resort have great views of the greens and fairways, giving you an exclusive view of the competitions.

But if you prefer to perfect your own game instead, book a stay later in November and take classes at the golf academy, with its 380-yard (350-metre) double-ended driving range and a variety of short game practice areas. There’s a tennis academy on site, too, as well as a spa and 18 restaurants and bars, plus in-room dining if you book a villa.

Book: A three-bedroom villa with pool costs from about £356 a night (aphroditehills.com). Or five nights’ all-inclusive at Aphrodite Hills Hotel is from £719pp, including unlimited golf and use of golf buggies (golfbreaks.com). Flights cost extra.